Skip to content
Posted inUncategorized
Posted by By admin August 26, 2020No Comments 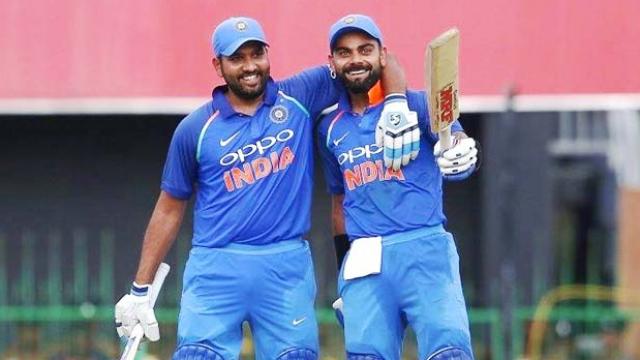 Virat Kohli and Rohit Sharma set the benchmark for all batsmen in 2019. Photos: @Twitter

New Delhi: India were the most dominant batting unit in 2019 with a combined batting average of 41.35 across the three formats.

The performances of two batsmen stood out – The ‘He-Man’ and ‘Hitman’ of  Team India – Virat Kohli and Rohit Sharma.

Kohli king of all formats

He recorded his personal career best – an unbeaten 254 – in an innings victory over South Africa in Pune.

Kohli also led India to their most successful year in Test history (in terms of winning percentage; min. three matches).
India were unbeaten in the format in 2019 and won seven of the eight matches they played in the year.

No one scored more runs in victorious matches in the year than Kohli (1,153) – ie almost 84% of his total runs came in wins for India.

Ten of his 12 fifty-plus scores in the format (5 hundreds and 7 fifties) contributed to a win for this country.
One of his finest knocks this year came in a chase in Adelaide where he scored 104 as India toppled Australia’s 299.

He ended the year with perhaps his best performance of 2019 – 85 off 81 balls chasing a stiff 316 set by the West Indies in the series decider at Cuttack.

Kohli also boasted of the best T20I batting average amongst the 43 batsmen who scored a minimum of 300 runs in the calendar year. He aggregated 466 runs in just 10 innings at an average of 77.66 and strike rate of 147.93. 4 of his five fifties resulted in a win for India.

He produced two masterclass performances in the home series against the West Indies – an undefeated 94 off 50 balls in Hyderabad followed by a breathtaking 70 off just 29 deliveries in the deciding match of the series in Mumbai.

Kohli is the joint-highest run-getter in T20I cricket history (along with Rohit Sharma) and has the best average in the format of 52.66 (min. 500 runs).
He is also, by far, the greatest chaser in T20I history with a stunning average of 86.76 when batting second. 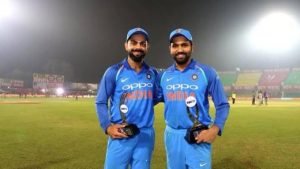 Virat Kohli and Rohit Sharma dominated the run charts in 2019.

Rohit was the highest scorer in ODI cricket in 2019 with 1,490 runs at an average of 57.3. His seven hundreds were the highest this year with only Tendulkar (nine in 1998) scoring more in a calendar year.

A total of 70.2% of his runs and nine of his 13 fifty-plus scores came in victorious matches for India.

Rohit had a sensational World Cup in England and was the leading run-getter of the tournament with 648 runs in nine innings at an average of 81 and strike rate of 98.33.
Only Tendulkar (2003) and Hayden (2007) have scored more runs in a single edition of a World Cup. Rohit hammered five hundreds in the flagship tournament – the maximum for any World Cup.

His 140 in 113 deliveries against Pakistan in Manchester and 122 chasing South Africa’s 227 in Southampton were the standout innings of the tournament.

Rohit also made a dream debut as Test opener in 2019. He registered a hundred in each innings at Visakhapatnam and followed that with a double ton in Ranchi as India swept the three-match series against South Africa.
He scored 529 runs in his debut series as opener in four innings at a mind-boggling average of 132.25.

What made Rohit doubly dangerous was the rate at which he was getting his runs. He scored at a strike rate of 77.45 in the series – thus, not only was he scoring big runs but also doing so at a fair clip thereby demoralising the South African bowlers and saving enough time for the Indian bowlers to bowl the opposition out twice. 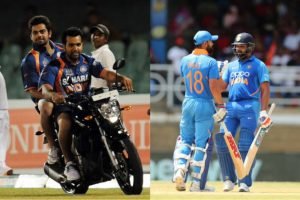 Rohit also showed his prowess in the shortest format with some brilliant performances. He smashed 50 off 29 deliveries in a successful 159-run chase against New Zealand in Auckland and ended the year with a series-winning 71 off just 34 balls against the West Indies in Mumbai.

Perhaps the most significant statistic which summed up Rohit’s performances across the three formats was the percentage of his runs in victorious matches for India.